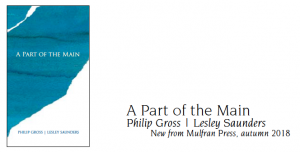 Poetry responding to a crisis…

..... ‘The events of recent months have left me stunned, shocked and bewildered; underneath the rage and disappointment I think I’m heartbroken. I feel the need to remake, reconceive, re-vision, the idea of who ‘we’ are.’ (Lesley to Philip, 2016)
..... ‘I’ve watched my friends, and myself, going through all the classic stages of mourning – anger, denial, bargaining, depression, relative acceptance – in overlapping waves... My instinct is for a conversation where the utterances are quick and open-ended, with quiet spaces for reflection in between. Nothing must aim to be the final word.’ (Philip to Lesley, 2016)

This was during the political upheavals of 2016–17 – with the referendum, the migration crisis in the Mediterranean and the polarisation of discussion all around the world. From that exchange of emails grew a conversation in poems, vivid, exploratory verses shuttled back and forth over three or four months. Trusting to the improvisatory flow, the sequence moves in swerves and echoes, far beyond the immediate occasion into themes of migration, exile, loss of love or home or language. In a time of soundbites and binary rhetoric, it gives the pressing questions about individual and national identity more breathing-space, more heart- and head-room. In the words of reviewers, ‘this poetic voyage feels irresistible, urgent and unrelenting in the best sense’ ... 'resolutely alive with flint-sparking metaphor... a clarion voice in a din of obfuscation'.

A Part of the Main  is now available, a truly beautiful thing, published by Mulfran Press. It comes with a handsome and thoughtful design by Valerie Coffin Price, whose own work explores all kinds of connection between people, landscape and ideas. For more details, or to request a review copy, contact Leona Medlin of Mulfran Press    leona@mulfran.co.uk

Philip and Lesley's performances bring out the dialogue of many voices in the poems, and open out into discussions at the end. So far, they have take in to venues from Cardiff to Aldeburgh, via London, Oxford and Kent. For interviews and possible events, contact:
Lesley Saunders  lesley574@btinternet.com and/or Philip Gross contact@philipgross.co.uk

Beyond Yes or No (Brexit, poetry and the quest for better questions)

A year or more on, this still feels worth saying – written for mainly American readers, via the rather good Superstition [Review] 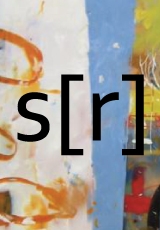 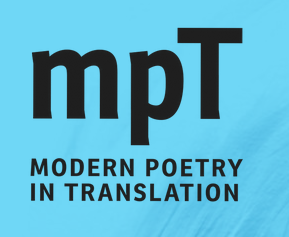 Read online for free, including a short essay on the different languages of silence, with poems by great Estonian writers Juhan Viiding, Jaan Kaplinski and Doris Kareva and one of my own - http://modernpoetryintranslation.com/translating-silence-by-philip-gross/ ... with a very warm memory of conversations with Doris, Kätlin Kaldmaa and many others at EstLitFest, the Estonian Literature Festival, in London this Spring. 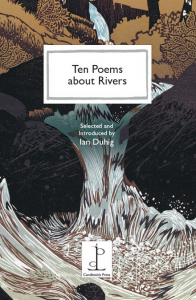